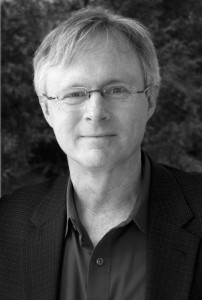 Many people ask about my “writing routine.” I think they expect to hear stories about a cone of silence—about me shutting the door on sounds or emails or any one of the million distractions that conspire to make authors unproductive. Well, the truth is I like a little noise. I listen to classic blues while working. And sometimes writing is anything but routine.

There was the time, for example, when killer bees ate my book. Sounds hyperbolic, right? Maybe, but it’s true. I was sitting in my office several years ago when 5,000 bald-faced hornets broke through the ceiling. A large clump dropped from above, landed on my desk with a resounding thud, and buried my first novel in a waxy substance that I can only describe as “gak.” Then, the hornets came for me.

That experience was far from ordinary. My office is usually the sanctuary where I dream up crazy ways to whack fictional characters, like the shark scene in Top Producer or the bedroom murder in The Gods of Greenwich. But before that day was over, I called for reinforcements. A guy wearing a moon suit and scuba tanks of insecticide rescued my family from the swarms. I’ve described the grizzly details on my website if you want to learn more.

Let’s go back to the cone of silence. The truth is I start writing at 8:00 every morning and flog myself until there are 1,000 new words on the page. Authors wouldn’t be authors without the pain, right? But I really detest regimens. And I develop my best ideas during research, the times when I’m out and about, talking to the FBI or doing any of the other things that find their way into a novel. 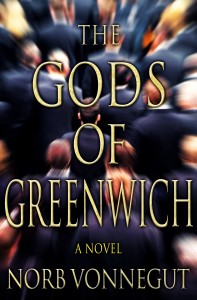 While writing The Gods of Greenwich, I spent hours talking to bartenders at Connecticut watering holes. You wouldn’t believe the stories that surface around eleven pm on Wednesdays, a time when most everybody else has gone home. That’s when I learned about the “divorce suite,” a $1,700/night hotel room in Greenwich where the gods check in on their way out. You’ll learn more in Chapter Twenty-Seven.

Then there’s hákarl, which is fermented shark, an Icelandic delicacy, sort of. I could never describe this dish by sitting in a cone of silence—fantasizing about how bad the fish smells or how miserable it tastes. My wife and I spent a great week in Reykjavik back in 2006. And while I don’t endorse hákarl, you’ll see why in The Gods of Greenwich, I promise that you’ll find great adventure in Iceland and quality experiences that strengthen backstories on the printed page.

Right now, I’m feverishly working on a third book between speaking engagements. It will hit the shelves during the summer of 2012, but these days writing is on the fly. I’m grabbing chunks of time wherever they surface, in the airports waiting for a flight, or at a library before speaking to patrons. And still, there’s my old friend research. It was just last month that I was walking through an adult superstore in New Haven, counting the floor tiles to gauge the size of the facility.

Yeesh, the things writers do.

One last thing. I love the poem, The Thousandth Man by Rudyard Kipling. And some of Kipling’s themes are working their way into my next novel. I’ve toyed with the notion of naming it The Thousandth Man in tribute to him. But it’s too hard to say “Thousandth.”

What do you think about “The Thousand Man”? Would you pick up a book with that title?

NORB VONNEGUT writes financial thrillers and non-fiction commentary (The Huffington Post, Acrimoney) about Wall Street behind closed doors. He has appeared on Bloomberg, Judith Regan, and the Laura Ingraham shows. Top Producer, his debut novel, was a featured pick on Today and one of Smart Money’s seven must-read books for the fall of 2009. His follow-up thriller, The Gods of Greenwich, takes place in the high-rolling world of hedge funds and was released on April 26, 2011.

Vonnegut brings a unique insider’s perspective to his writing. Before turning to color commentary on Wall Street, he built his wealth management career with Morgan Stanley and other financial institutions. He graduated from Harvard College in 1980 and earned his MBA from Harvard Business School in 1986. He is a member of the Board of Trustees for the American Foundation for the Blind. He divides his time between New York and Rhode Island, where he lives with his wife and two children and bicycles whenever possible.