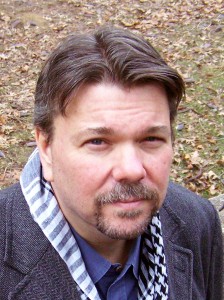 Here is a small sampling of where I’ve been spending my nights: The New Jersey Department of Corrections; The Uniform Crime Report of the FBI for 2010 (The good news, violent crime is down); Bersa Firearms (who offer a .380 semi-automatic with pink grips to support breast cancer research); Hi-Point Firearms (“Reliable, Accurate, Affordable”); Google Maps for Winnsboro and Wisner and Gilbert in Louisiana and Trenton, Camden, Millville and Runnemede, New Jersey. An online genealogy of Bonnie Parker and Clyde Barrow and a report from the New Jersey State Police that maps the gangs of New Jersey. 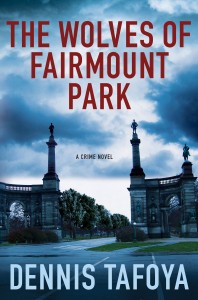 I can’t afford to go to Gibsland, Louisiana, where Bonnie and Clyde were ambushed in 1934, but I can visit the site virtually and see the third-generation stone marker there, scalloped and whittled by souvenir hunters until it’s become almost unreadable. Google Maps tell me how my characters are going to get around, and Street View tells me what they’re going to see along the way. Even if I’ve been to a place myself a dozen times, I’ll still keep pictures up on my computer while I’m writing the scenes set there, as I did while writing scenes for my novel, THE WOLVES OF FAIRMOUNT PARK involving a drug deal at the Divine Lorraine Hotel in North Philly and an attempted killing under the El at Girard and Front. Seeing the colors of street signs and the weed trees in the vacant lots puts the reality of the place in my head that I’d find it very hard to replace with only visual notes jotted at the scene in my little black notebook.

Writing fiction, I’ve found, is about research, and for writers like me, the internet is a godsend (largely initiated, by the way, with public dollars, on the 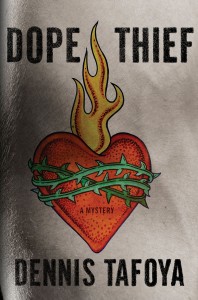 back of the old ARPANET). It’s not just that I want to check my facts, it’s that the details I stumble across take me in odd and unexpected directions and actually generate story. I think, too, that writing fiction doesn’t release the writer from some responsibility to render the world accurately. There’s nothing more disappointing in the experience of reading fiction than when a writer gets the important stuff wrong, and I’m not just thinking about the details of time and place. To portray social and political realities as they are, as well as the ways we talk, move, work, and live our lives allows the work we do to become richer and more interesting, and moving in the direction of accuracy and its demands for a nuanced and realistic view of human nature makes for better and “truer” fiction.

Dennis Tafoya lives in Bucks County, Pennsylvania, and is the author of two novels, DOPE THIEF and THE WOLVES OF FAIRMOUNT PARK, as well as numerous short stories, appearing in collections such as PHILADELPHIA NOIR from Akashic Books. THE CHICAGO TRIBUNE called DOPE THIEF  “A classic story . . . First-time novelist Dennis Tafoya has a nice sense of how and where his characters live, revealing in stark detail the hardscrabble life of the petty thief.” THE WOLVES OF FAIRMOUNT PARK received a starred review from PUBLISHERS WEEKLY, and the WALL STREET JOURNAL called it a “mesmerizing and most impressive book… Tafoya is finding his own original voice, one that will make readers sit up and listen.”