The Myth of Overnight Success 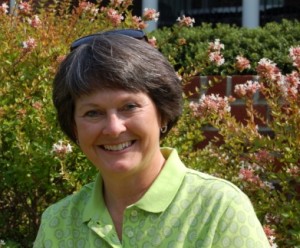 When you think it isn’t going to happen, whether it’s publishing your novel, landing a choice gig at a magazine, or finding that perfect client for your copywriting biz, remember this:

It won’t happen if you stop trying.

I heard this for years from authors, agents and publishers. I took it as flippant, cliché, and simple. I tired of hearing it, rolling my eyes when I heard it for the fortieth time. Now I understand. If you don’t keep going, you never get there.

If you follow me on Twitter, Facebook, my blog or newsletters, you saw my announcement about landing a publishing contract. Carolina Slade has found her home. She’s been seeking a place for years—over a decade, actually.

This is a brief chronological history to show you how long it can take to make your dream happen (and mine is still in progress with no book in my hand yet):

1. Two years—1997-1999—Wrote the first draft. Pitched it to an agent recommended to me by a best-selling author who lived near my mother. Out of the kindness of her heart, she sent it to her agent. Both sent nice notes about how great it was I finished a novel, but that it wasn’t ready for prime time. My first serious rejection. Even knowing someone didn’t help. Deflated, I threw the manuscript in the closet.

2. 2004—Had lunch with a published mystery author at a book signing. She asked me to have dinner with her before the signing since she was traveling alone. I was honored, but instead of me complimenting and drooling over her, she convinced me to pull out the manuscript and start again. Motivated after the evening’s pep talk, I did.

3. 2005—I found an online critique group and finished a complete rewrite of the book, changing location, characters, plot, you name it.

Reworked the opening chapter a dozen times. I worked it daily.

5. 2007—Researched agents, reading bios, websites, even books they represented. Pitched my manuscript to 40+ agents and publishers after two serious weeks refining query letters and synopses. Had three requests for partials, three for complete manuscripts. All declined. Began rewriting the novel over again, with new alterations based on the rejection feedback. I tightened more chapters. I entered the opening chapter in several contests. Placed in three, so I knew I was on the right track.

6. 2008—Finished rewrites and started pitching to more contests. Pitched to 30+ more agents. Wrote book two in the series. At the end of the year, I landed my agent. I was on cloud nine. I just knew the contract was right around the corner.

7. 2009—Made semi-finalist for Amazon Breakthrough Novel Contest (top 100 out of 10,000). Was named a finalist in the 2009 Romance Writers of America Daphne du Maurier Award for Mystery/Suspense. My agent vigorously pitched the novel. I completed edits of book two.

8. 2010—Agent still pitching…still pitching…I started book three. Long dry spell in there when, seriously, my confidence took a face-first, nose-dive into doubt. Had several “close calls” with publishers but no cigars. On December 16, I started brainstorming on another series, convinced the other three books weren’t going to sell. On December 17, I got the call.

It’s a long hard venture. There are no short cuts. I used to train my employees in my prior life with this lesson: Never try to short cut anything until you’re adept at the long way to do it. It’s the best lesson anyone can learn at something as ego-busting as writing long fiction. The novel is a lesson in diligence, patience, passion and commitment. The journey isn’t about weeks or months. It’s an investment in years.

My contract was a fabulous Christmas present for me. My present to you is advice. Write a lot, critique a lot, edit a lot. Slowly but surely, your writing improves. Then one day, you get a call. It’s that simple. It’s that hard.

C. Hope Clark is editor of FundsforWriters, recognized by Writer’s Digest’s 101 Best Websites for Writers for the past ten years. Hope’s features have appeared in magazines like Writer’s Digest, The Writer, Bylines, TURF, American Careers, NextStep Teen and more. She’s published in four Chicken Soup books. For a decade she wrote nonfiction by day for a living, and mysteries by night for fun. Now she gets to bring her Carolina Slade mystery series out of the dark and into the sunshine for all to see.