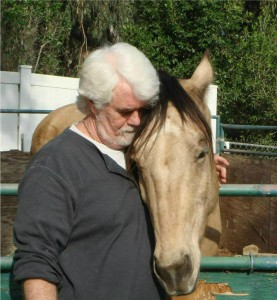 My name is Harry and I’m a book addict. I grew up devouring horror and crime fiction, snatching up thrillers by Donald Hamilton, Richard Prather, Ed McBain and John D. MacDonald. Like a lot of us, I’d always meant to try my hand at a novel. When character of a failed young media superstar named Mick Callahan captured my imagination just as I turned fifty, a few months after the birth of my child, I wrote my first mystery novel, MEMORIAL DAY. There are now four Callahan books in that series. (MEMORIAL DAY is currently free from Amazon Prime, as is my horror novel DEAD AND GONE).

In MEMORIAL DAY, therapist Mick Callahan is a decent guy. He’s athletic and exceedingly bright, but very troubled. He’s my Jungian shadow, someone who’s pushed the boundaries even further than I did back in my very reckless youth. Like me, Callahan grew up in Nevada. He is a recovering alcoholic, a psychologist and a former entertainer. Like me, he managed to trash a promising career in the entertainment business, but in his case, by punching someone out on live television. Unlike me, Mick is also a Navy seal washout whose abusive stepfather made him fight other kids for money.

While writing MEMORIAL DAY, I pictured the poor guy on the comeback trail, hunched over the decrepit console of a funky radio station in the middle of the desert, desperately trying to hold his own as guest host of a call-in program designed for UFO junkies, black helicopter paranoiacs and those who have been anally probed. To make the experience even more excruciating, it seemed appropriate to have Callahan also hail from that desolate area, a town called Dry Wells, Nevada. So the poor guy returns home not in triumph, but in disgrace. The series continued from there.

Naturally, Callahan’s fiery temper is always a big part of each story. However, he is also a trained therapist, so Mick uses a variety of actual therapeutic techniques to probe for clues. The guy knows how to back people into a corner and play them like a piano, so the dialogue is loads of fun to write. Needless to say, my own background as a counselor came in handy writing MEMORIAL DAY, EYE OF THE BURNING MAN, ONE OF THE WICKEDandRUNNING COLD. The fifth book in this seriesROUGH MENis in the works.

Hey, have I mentioned that MEMORIAL DAYis free from Amazon Prime for a limited time? It’s a lot of fun, and you can’t beat the price!

Harry Shannon has been an actor, an Emmy-nominated songwriter, a recording artist, music publisher, VP at Carolco Pictures and a Music Supervisor on BASIC INSTINCT and UNIVERSAL SOLDIER. His novels include NIGHT OF THE BEAST, CLAN, DAEMON, DEAD AND GONE, THE HUNGRY and THE PRESSURE OF DARKNESS, as well as the Mick Callahan suspense novels MEMORIAL DAY, EYE OF THE BURNING MAN, ONE OF THE WICKED, and RUNNING COLD. His collection A HOST OF SHADOWS was nominated for the 2010 Stoker Award by the Horror Writer’s Association, as was his short story “Night Nurse.”