Home blog When did you first make Miss Dickinson’s Acquaintance?

When did you first make Miss Dickinson’s Acquaintance?

I have to admit that poetry has never been my thing. I’m a prose girl. I like plot and character development. All too often when I read poetry I feel as though the writer is scoring points off me – I’m just not as clever as she is. Or when I hear it read aloud, I wonder if the reader is just imbuing the words with more significance than the text warrants. Can you tell I’m a little defensive about this topic?

However, I take it all back when it comes to Emily Dickinson. Emily, I get. I always have.  I first found her when I was about 12.  Her poem “This is my letter to the world; that never wrote to me.”  Wow. That spoke to a 12 year girl who often felt misunderstood or lonely.  Or “Hope is a thing with feathers that perches in the soul.” Double Wow. Just reading those words made me happier. When I read Emily’s poem I often felt that frisson, that flash of recognition – she and I see things the same way.  I’m considerably older now and I still find Emily’s words speak to my daily life.

Emily’s poems, despite being a century and a half old, still feel fresh and modern. That’s part of their appeal. And let’s face it, her legend as a recluse, a lady in white, attracts readers as well. We love the idea of this woman locked in the bedroom of her childhood home, penning poem after poem and then hiding them away. After Emily’s death, her closest confidant, her sister Lavinia, was shocked to discover over 1500 poems in a locked chest in the maid’s room. Emily was a lady with secrets and that fascinated me. 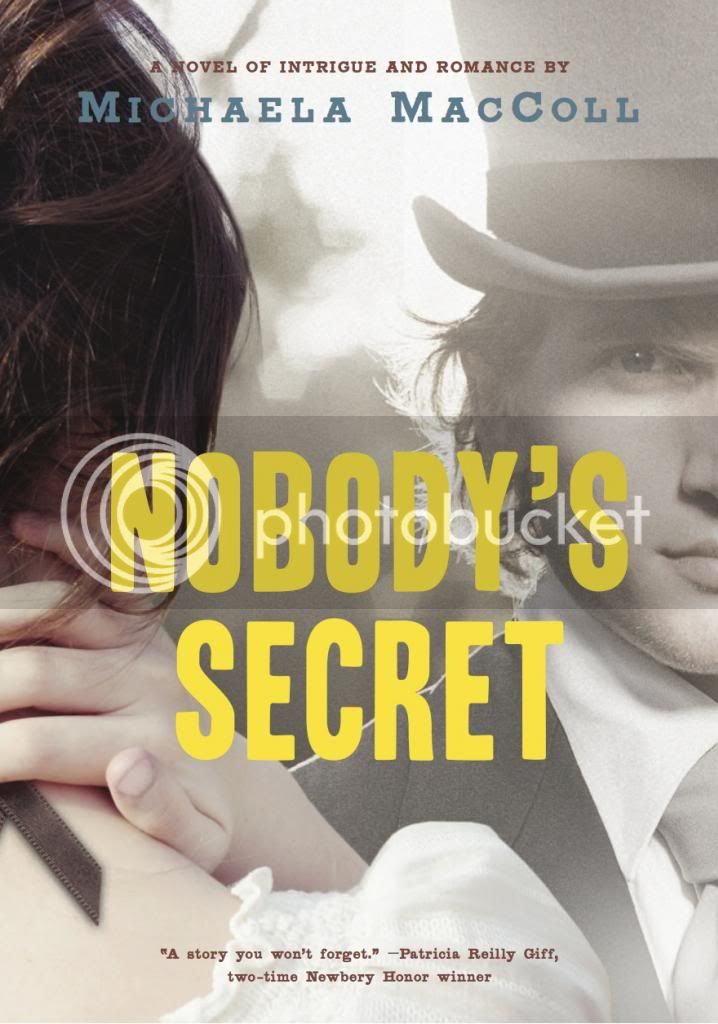 I wanted to introduce young readers to this enigmatic poet. As a fifteen year old, bored with chores and good behavior, how would the budding poet react to an encounter with a mysterious (and good-looking) stranger? Might her powers of observation and her botanical skills come in handy? Because I wanted to tie the story to Emily’s work, the plot was inspired by one of her most famous poems, “I’m Nobody, Who are You? Are you Nobody too?”  The result was NOBODY’S SECRET which comes out at the end of April from Chronicle Books.

Thank you Janice for letting me visit with your readers. And I would love to know when they first met the mysterious Emily Dickinson?

Michaela MacColl attended Vassar College and Yale University. She earned degrees in multi-disciplinary history. Unfortunately, it took her 20 years before she realized she was learning how to write historical fiction. Her favorite stories are the ones she finds about the childhood experiences of famous people. What happened that helped them to be great? Michaela has two daughters so she’s hoping to identify those moments firsthand. She and her family live in Connecticut, but she will travel at the drop of hat to do local research.