Home blog From Zombies to Bigfoot and Back Again

From Zombies to Bigfoot and Back Again 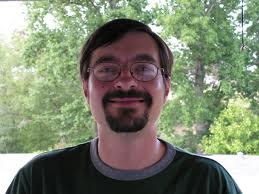 Around ten years ago, I picked up the pen for the first time as a serious writer.  Back in those days, zombies weren’t the icon of pop culture they are today.  Zombies were a hard sale.  At one point, I was even banned from submitting to a major online fiction publication because their editor claimed zombies were stupid, cliché, and not scary at all.  Zombies have came a long way since then and so have I.  I knew in my heart that I loved zombies and they were what I wanted to write.  My first ever sale was a zombie story and I stuck with those rotting, hungry monsters for the long haul.  I always said I was writing because first and foremost I was a zombie fan who wanted to give something back to the genre that I grew up loving.  The zombie movement grew and I was there as they climbed they their way to the top of horror once more with books like Brian Keene’s THE RISING and films like 28 DAYS LATER and the 2004 remake of DAWN OF THE DEAD.  I was true to myself and it paid off but even if zombies hadn’t swarmed the world I wouldn’t have stopped writing them.

There’s an old saying “write what you know or at least what you love”.  That’s something I have always done.  Over 30 books and chapbooks later with hundreds of published stories and even going mass market, I still believe those words.  If you enjoy what you’re writing about most likely the reader will feel your passion and enjoy it too.

Of late, I have strayed from zombie fiction because something else I loved  which scared me as much as zombies were fun when I was a kid came roaring back into my life.  Growing up in the rural south, Bigfoot terrified me.  I honestly had horrible nightmares of a giant, hairy monster standing outside my window staring at me with hungry, yellow eyes, just waiting 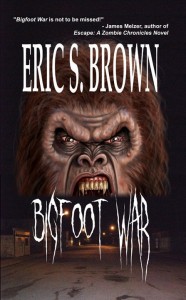 for a chance to eat me alive.  I watched everything Bigfoot I could get my hands on from THE LEGEND OF BOGGY CREEK to later films like SASQUATCH and SASQUATCH MOUNTAIN as an adult.  Bigfoot movies usually tend to be cheesy but they’re still often cool.  The only thing that always angered me about them was they had only monster or at best perhaps two or three with a hint at more lurking in the woods at the end.  Me, I was a zombie guy.  This simply wasn’t enough for me.  I wanted Bigfoot to come out of the woods with all his kin like a horde of super zombies and kick some major butt.  Again, I did what I wanted to do as a writer, not what was cool.  That’s how my Bigfoot War Trilogy came to be.  BIGFOOT WAR is a crazy fun, apocalyptic twist on the Sasquatch mythos that I think any end of the world fan will enjoy.  The first book, Bigfoot War, centers on one small town of eight hundred people in North Carolina who are attacked by an entire tribe of Sasquatch like flesh eating monsters.  Bigfoot War was a dream project for me and I put my heart and soul as a fan and a writer into it.  Since its release, it has became the best reviewed, most praised book of my career to date.

So now, after nine years of hardcore zombie writing and the astounding success of my first Bigfoot book, BIGFOOT WAR II is due out in mere weeks, slated for release in May 2011 by Coscom Entertainment.  But the important thing about BIGFOOT WAR II: DEAD IN THE WOODS is that I am still writing what I love.  It combines my new breed of Bigfoot monsters with a zombie pandemic for a fast paced, gore splattered, battle throughout the American South.  I have also released a stand alone short story exclusively on Amazon in Kindle format entitled NIGHT OF THE BEASTS which is garnering equal praise.

A simple truth to always remember as a writer is that old saying of write what you know and love.  It’s true and something I live by.

Eric S Brown is the author of numerous books including,  BIGFOOT WAR, BIGFOOT WAR II, WAR OF THE WORLDS PLUS BLOOD GUTS AND ZOMBIES (Simon and Schuster), SEASON OF ROT (Permuted Press), and WORLD WAR OF THE DEAD (Coscom Entertainment).  His short fiction has been published hundreds of times in the small press and beyond.  He lives in NC with his wife and son where he continues to write tales of hungry corpses and the things that lurk in the woods.