Steven Savile, Lazarus, and Dave Sakmyster walk into a bar… okay, it sounds like the set up for an elaborate (and bad) joke, but what do these three gents have in common? A Brit living and working in Sweden, a guy so historical he died twice, and the man who Savile affectionately refers to as The Sak… As Max used to say when introducing Mr and Mrs Hart, when these two met, it was moider….

You’re collaborating on what sounds like an exciting new series. How did the idea come about, and why did you decide to work together?

SAVILE: The idea was actually Dave’s so I think he should probably answer the ‘where do you get your ideas from?’ part of the question in terms of what inspired The Lazarus Initiative, but for my part I’d been working on a series of short reads (30-40 minute episodes basically, like an episode of your favorite TV show) called The Sally Reardon Supernatural Mysteries that came about because of a bet – could I do a 10,000 word novella in 24 hours AND get it published in that time? There was a chapbook publisher involved, who gave us the cover and a location, and my co-writer Steve Lockley and I had a manic 24 hours (18 really, to give the publisher the time to proof-layout and print the chapbook to hit the 24 hr deadline) and we did it. Barely. But what we were left with as a character we both thought could run as we’d barely scraped any sort of background. I worked out the idea of doing series story arcs like a run of your favorite TV shows over 9 Sally stories, then figured do 3 a year, and it’s a nice long running series. I was quietly surprised the other day to hit the kindle dashboard and realize the series in its first year had sold over 4,000 copies.

So, when Dave and I had that inevitable ‘dude, you know we really ought to do something together’ conversation, the first thing I said was ‘what we need to do is hit a concept that can carry over a number of installments, stuff we can write regularly, building a deeper, richer world.’ And he came back and said ‘Well I have this idea…’

We’ve known each other a long time in Dog Years, now. Ten years ago I won the Writers of the Future contest, which is a wonderful experience for any new writer. I was invited back for the first time, to tell the new winners inspiring stories about how if you really want it, you can go from winning the contest to having a real career. Dave was one of the winners that year and had to listen to me holding court and spouting nonsense. We got on well. I remember sitting around the fireside trading stories and just having a good time, but when it came to that moment when the class of 12 writers have the realization that inevitably some of them won’t make it and they all swear they won’t be the ones to fall by the wayside Dave was just very honest about his determination and I recognized a kindred spirit. Unlike most of his year, Dave dropped me an email straight after and we stayed in contact ever since.

I think there’s a moment when that friendship was always going to move towards a ‘we should do something together’ scenario. We’re both creative and we both enjoy the collaborative process. It creates something neither one of us would come up with by ourselves. It’s exciting. Challenging. Fun. 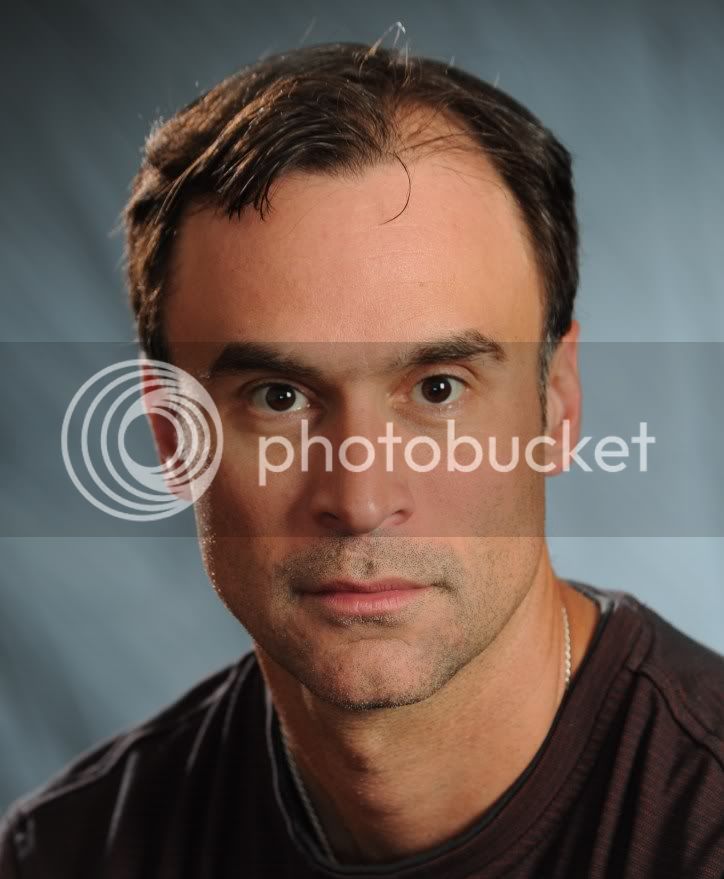 SAKMYSTER: And that’s my cue to a) thank Steve for bearing with me all those years, offering advice and generally helping me out, and b) jump in here and talk about the genesis of the idea for The Lazarus Initiative, which really started with a fascination about Near Death Experiences (NDE). At the time I started researching the phenomena, I was writing feature screenplays and was intrigued with the possibility of using NDE’s to dramatically frame a character’s transformation, since that was exactly the focus of so many first-hand accounts of the experience. People died, and then they experienced something profound on the other side and were sent back – usually with their lives transformed dramatically. So I was excited about the idea of exploring this concept in a story form, but I thought it was bigger than just a standalone feature, something more suited to a television series.

So I started with a TV pilot format, setting up the initial story of an eccentric and ruthless billionaire who ‘dies’ in a plane crash, but then comes back to life on the operating table – a changed man. Not only is he now on a track to better his life and those of others, but he’s obsessed (much as I am) to understand what’s really happening with these NDEs. Why are so many people experiencing similar things? Is it all biology and science, or is there something more profound at work here, something that unites us and explains what really happens on the other side? So I had the initial idea, and from there it evolved into that one main character going a little MISSION IMPOSSIBLE and assembling a team of people from different walks of life, all who have experienced an NDE, and who are now going to be working together to understand it. Then of course, we throw in some sinister forces working against our team, a government conspiracy or two, some ancient mythology, and we’ve got the ability to really explore different thrilling possibilities each week, and advance the story as we would in a dramatic television series.

So again, when Steve and I were discussing collaboration ideas, this one screamed ‘potential’ – and made an easy conversion from TV pilot to novelette. I really only had part one done, and a very rough outline of where I wanted to take the storylines. Steve and I Skyped and emailed and have come up with a superb story arc to take us out for many exciting episodes.

You live far away from each other, so how does your collaboration process work?

SS: We’ve been quite pragmatic in the division of storylines and episodes, where we’re trading off material so, hopefully, no one will ever see the joins. The internet is insane, you’ve got Skype so you can see each other’s ugly mug while you bounce ideas… just like you’re in the room together, and cloud based document storage so you can both work on the same file… none of this was possible even 5 years ago. For me, there’s something very inspiring about working with someone else, a coming together of equals. It’s only ever a drag when one partner’s ego gets in the way, and with Dave there’s no ego.

What individual projects are you each working on?

SS: I’ve been working hard on a YA series, Moonland Diaries for the last few months, as well as doing a couple of novelisations, one for an upcoming computer game for Penguin in the UK that I can’t name yet, and an original fantasy/horror novel set in a roleplaying world in the US, that, again I can’t actually name yet, because neither company have actually announced the books… the first is out in March, so it’ll be announced any day now, the other is due in September 2012, so won’t be announced until March. I’m about to launch a series of collaborative novellas, VIRAL, that should, hopefully, cause a bit of a stir.

DS: I’m putting the finishing touches on book three of my Morpheus series, THE CYDONIA OBJECTIVE (summer 2012), and getting ready for the publication of a standalone supernatural thriller entitled BLINDSPOTS (early Spring). I’m also working with a best-selling novelist, adapting his latest thriller into a screenplay. And speaking of screenplays, my first-optioned script, NIGHTWATCHERS, is moving into preproduction, and I’m currently working on a few other fun screenwriting collaborations.

You both also write thrillers featuring a team of extraordinary heroes. Any chance we might see a team up of Ogmios and Morpheus members?

SS: Funny you should mention that, only a few weeks ago I said to Dave, hey, mate…  we’re both with Variance in the US, both of our series involve ‘relic hunting’ in some way, though it’s less obvious in mine… How do you feel about the idea of, say, Noah hooking up with your Morpheus guys for a one-off adventure… or Caleb Crowe coming over to the UK to share his expertise with Ronan Frost and the team… and we’ve agreed that this is something we want to explore for 2012.

DS: And as I told Steve once, I have a whiteboard littered with ideas: lost artifacts, conspiracies and ancient riddles I’d love to have my psychic archaeologists go after; and the way I’ve been killing some of my characters off, the others are going to need some serious help.

SS: So, as they say… watch this space.

International bestselling novelist Steven Savile won the Scribe Award for best young adult tie-in novel for his book SHADOW OF THE JAGUAR for the British TV show PRIMEVAL. He has written more than a dozen novels and sold more than half a million copies worldwide. He has written for DR WHO, TORCHWOOD, PRIMEVAL, STARGATE, WARHAMMER, SLAINE, FIREBORN, PATHFINDER and other popular game and comic worlds. SILVER, his debut thriller reached #2 in the Amazon UK charts in the summer of 2011. Visit Steven here to keep up to date with new releases.

David Sakmyster is an award-winning author and screenwriter who makes his home in upstate NY.  His published stories and novels cross a range of genres and include: the horrifying CRESCENT LAKE, the historical epic, SILVER AND GOLD, a sci-fi thriller, SECOND COMING, anda series about psychic archaeologists, with the first two novels, THE PHAROS OBJECTIVE and THE MONGOL OBJECTIVE in publication and the third due out this summer. Next up is BLINDSPOTS, a supernatural thrillercoming this spring.  His screenplay, NIGHTWATCHERS, has beenoptioned and is scheduled for production later in 2012. Visit his website here.