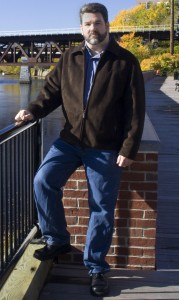 I don’t worry about labels.  Never really have.  And I try to pass on that disregard for labels to my children.  Let’s face it, we put people into categories in our minds and sometimes we even speak those labels aloud.  In school, it’s done by students but also by teachers and even by parents.  To a certain extent, I suppose it is part of the human mind’s organizational skill set.  Sometimes this categorization leads to prejudice and bullying, and other times it’s more mundane.  We quickly put mental labels on the people we encounter, and those labels come with presumptions and expectations.  Often, people will turn out to be more complex and multi-faceted than we at first imagined, and we have to revise our expectations.  Expand our definition.  Cross-categorize.

As a kid, I didn’t spend a lot of time worrying about the perceptions of others.  I gravitated toward the people and the activities that made me happy, and sometimes that meant defying expectations.  Though I was lucky enough to have some close friends, I also floated from group to group on any given day, which I suspect made it difficult for others to categorize me [at least, to categorize me beyond “the big, goofy kid who needs a haircut”].

When I became a writer, that didn’t change.  [Though I did get a haircut.]

Over the years I have been blessed to be able to write in many different genres, and to spend an awful lot of time playing in the blurry borders between them.  Supernatural thriller, weird science/murder mystery, historical horror/dark fantasy, romantic magical realist horror.  “32 flavors, and then some,” as the song goes.  Most of the time, I’ve written what felt right to me, and I’ve let the publisher worry about what kind of label to stick on the book. 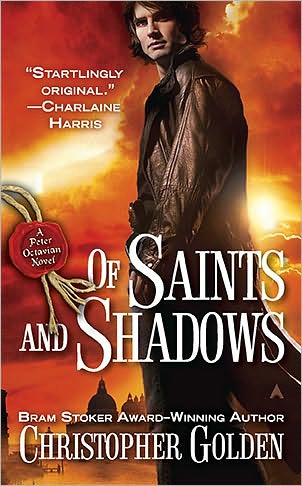 When I wrote my first novel, OF SAINTS AND SHADOWS, it never occurred to me that I should try to stay within certain genre parameters.  There was a story I wanted to tell.  I’ve often described that novel by noting that the first act is mystery, the second is horror, and the third is over-the-top action-fantasy.  Back in 1994, you see, there was no such thing as Urban Fantasy (with a capital “U.F.”).  The Peter Octavian novels were slotted as horror or dark fantasy, without ever quite being comfortable under either label.  That trend continued in some of my other novels, like STRAIGHT ON ‘TIL  MORNING and STRANGEWOOD, (although, to be fair, those are more “suburban fantasy” than urban).

Nobody would have called OF SAINTS AND SHADOWS an example of urban fantasy back then.  The extraordinary Charles de Lint and a handful of other writers had pioneered urban fantasy, bringing folklore and fairy tales into modern settings, and for a long time, that was what people would have thought about if they’d heard the phrase.  Charles de Lint continues to produce the best urban fantasy stories of his generation, but this other Urban Fantasy genre has usurped the label. 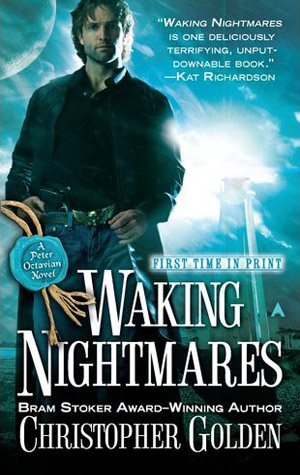 Fast forward to now.  Ace has reprinted the entire Peter Octavian series and released my brand new Octavian novel, WAKING NIGHTMARES, and all of those books carry the Urban Fantasy label.  I’m very content with that.  When Urban Fantasy means the work of writers like Charlaine Harris, Jim Butcher, Kelley Armstrong, and Simon R. Green, I’m honored to have WAKING NIGHTMARES and the entire Octavian series under that umbrella.

And while the Octavian novels will always exist in that blurry border that has become its own genre, I’ll also continue to play in the gray areas that separate other genres.  For some reason, that’s just how my mind works.  When I said I don’t worry about labels, I probably should have also said that I really don’t want to worry about them.  I just want to write the stories that make me happy, and if they make you happy, too, then by all means, put whatever label you like on them.

So, what do you think?  Do labels help guide like-minded people to a book, or do they alienate people who might be prejudiced about the label?  It’s a double-edged sword, I suppose.  But either way, I think we put too much stock in labels, in life, and on books.

Christopher Golden is an award-winning, bestselling author of novels for adults and teens, including OF SAINTS AND SHADOWS, THE MYTH HUNTERS, THE BOYS ARE BACK IN TOWN, STRANGEWOOD, the BODY OF EVIDENCE series of teen thrillers, and THE SECRET JOURNEYS OF JACK LONDON, co-authored with Tim Lebbon.  His current work-in-progress is a graphic novel trilogy collaboration with Charlaine Harris.

A lifelong fan of the “team-up,” Golden frequently collaborates with other writers on books, comics, and scripts.  He has co-written two illustrated novels with Mike Mignola, the first of which, BALTIMORE, OR, THE STEADFAST TIN SOLDIERAND THE VAMPIRE, was the launching pad for the Eisner-nominated comic book series, BALTIMORE.  With Tim Lebbon, he has co-written four novels in the Hidden Cities series, the latest of which, THE SHADOW MEN, hits in June, 2011.  With Thomas E. Sniegoski, he is the co-author of the book series OUTCAST and THE MENAGERIE, as well as comic book miniseries such as TALENT, currently in development as a feature film.  The online animated series he wrote with Amber Benson, GHOSTS OF ALBION, received a special citation at the Prix Europa and boasted 100,000 unique hits per week in its original run.

As an editor, he has worked on the short story anthologies THE NEW DEAD, THE MONSTER’S CORNER, and BRITISH INVASION, among others, and has also written and co-written comic books, video games, screenplays, and a network television pilot.  Golden was born and raised in Massachusetts, where he still lives with his family.  His original novels have been published in more than fourteen languages in countries around the world.  Please visit his website here.