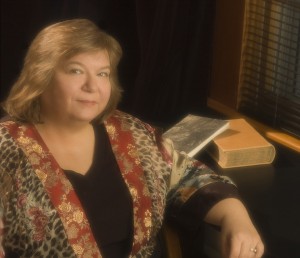 Charlaine Harris and I have co-edited four urban fantasy anthologies together—HOME IMPROVEMENT: UNDEAD EDITION, the most recent, just came out this week. But I have to be honest—when Charlaine and I started working on our first anthology, we really weren’t that sure what anthologists did. And having recently attended a couple of panels about anthologies, I’ve realized that the way we work isn’t typical but our method is working for us.

In his book WHICH LIE DID I TELL? MORE ADVENTURES IN THE SCREEN TRADE, screenwriter William Goldman says, “It bears repeating; by the first day of the movie, the fate of the movie is sealed. The point, once again, is that if you have prepared the script right, if you have cast it right, both actors and crew, you have a shot. If you have made a grievous error in either script or casting, you are dead in the water.”

If you substitute anthology for movie, theme for script, and contributors for casting, that’s about how I feel about our anthologies. If we’ve got a good theme and a good bunch of authors to write stories, I’m sure it’s going to be a good book, even before the stories start coming in.

The fun part is getting those two pieces into place.

Coming up with the theme is actually pretty simple. With the help of our agent, Charlaine and I come up with a dozen or so ideas and present them to Ginjer Buchanan, our editor at Ace. She invariably picks the one that makes her laugh the most.

Of course we start out knowing that there will be paranormal content of some sort, but that’s too vague for our tastes. We’ve done holidays—vampire birthdays and werewolves at Christmas—but recently we’ve moved done supernatural denizens on vacation and, in this latest book, fixing their homes. Apparently it’s the juxtaposition of paranormal and normal that makes Ginjer giggle.

Obviously this means our themes are pretty broad, and that’s great. We want our contributors to have room to move!

Speaking of contributors, once the theme is decided, we can do our casting.

Charlaine has compared our making a list of proposed contributors to making a Christmas list, and that’s about right. We pick people whose work we like, people we like, people we want to work with, famous names who will bring readers to the anthology, and less famous writers we’d love to see become more famous. Obviously, these categories overlap, but there’s one thing they all have in common: they’re good writers. Look at the crew this time around.

These are urban fantasy anthologies, so it’s a no-brainer to include some of the big names in urban fantasy like Patricia Briggs, Simon Green, and Melissa Marr, plus up-and-comers like Stacia Kane, Seanan McGuire, and Suzanne McLeod. In fact, we’ve been lucky that some of these guys were up-and-comers when we asked them, but they’ve moved right into the big name category. We sure can pick ‘em!

Urban fantasy is pretty close to paranormal romance, so that gave us an excuse to invite Heather Graham. There are links to SF, too, and we couldn’t wait to invite E.E. Knight.

Charlaine and I also like to go back to our roots, the mystery world where we started out (and still hang out). Ginjer has repeatedly said how impressed she is by the way mystery writers step up to the plate in our books. This time, we invited Victor Gischler, Rochelle Krich, and S.J. Rozan.

Last there’s James Grady, who neither of us knew other than from his pivotal spy novel SIX DAYS OF THE CONDOR. But he’s friends with one of the contributors from DEATH’S EXCELLENT VACATION, who got us in touch.

Add in a Sookie story from Charlaine and whatever I come up with, and we’re ready to go.

I worry about what will happen if two authors give us similar stories, but so far it hasn’t happened. I think that’s partially luck, and partially because we keep the themes loose and pick pro writers who are doing their best to think outside the box.

We go through a pretty thorough editing process as the stories come in, with both of us reading each story. But for the most part, the hard work is done. Which is to say that the contributors have sent us great stuff.

As I said, it’s worked four times so far, and we’re already well into work on our fifth anthology, which will be stories about supernatural creatures in school. (Needless to say, the idea got a snicker from Ginjer.) And we’ve lined up a whole new crew of excellent contributors, and can’t wait to see what they come up with. Look for AN APPLE FOR THE CREATURE sometime next fall.

Now I admitted that Charlaine and I were pretty much playing this anthology biz by ear, so I’m sure there are things we could be doing differently. If you’ve got any suggestions to make our anthologies better, I’d love you to post them in the comment section here.

Toni L.P. Kelner is the Agatha Award-winning author of the “Where are they now?” mysteries and the Laura Fleming mysteries. She was awarded a ROMANTIC  TIMESCareer Achievement Award, and her short stories have been nominated for the Agatha, the Anthony, the Macavity, and the Derringer awards. She has co-edited with Charlaine Harris four very successful fantasy/mystery anthologies. All four have debuted on the NEW YORK TIMES Best Seller list. She lives in Massachusetts with her husband, fellow author Stephen P. Kelner, Jr. and their two daughters.